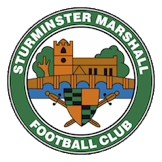 Sturminster Marshall Youth Football Club was formed in its current status in 1989 as a 1 team club that evolved from a team playing in the local Wimborne & District Cub Scout League. The clubs previous Chairman Merrick Smith was a founder member of the youth football club and has held numerous roles within the club.We try to ensure strong ties between the youth and men’s section.

Since formation the club has grown to a point where it currently provides 9 teams in the Dorset Divisional and Mini Soccer Leagues in age groups ranging from under 8’s to under 15s. As well as these league teams the club also provides a Mini Kickers Football School providing coaching and organised fixtures for under 6’s and under 7’s. The club therefore provides football for over 150 young people of which 98% are from within Sturminster Marshall and it’s a joining parishes of Corfe Mullen and Wimborne.

In addition to the players the club offers opportunities for volunteers to coach, manage and referee teams at all age levels and currently has some 30 adults actively involved within the club. This includes 15  coaches qualified to 1st 4 sport Level 1, 3 at level 2, 1 UEFA B, 2 at Fa Youth module 1 and 3 qualified referee’s all of which have attended the FA’s Child Protection and Emergency Aid Workshops.

The club has close links with a number of schools in the area particularly at First School level. These links include coaching for pupils and the use of school facilities for coaching.

The club also has a direct link with Sturminster Marshall Football Club which ensures that all players have a chance of still participating for the club on leaving the youth section after under 16’s.

Since formation, the aim of Sturminster Marshall Youth Football Club has been to develop as a football club within the local community with a view to providing structured and organised football coaching and facilities for all members with the progression into adult section.