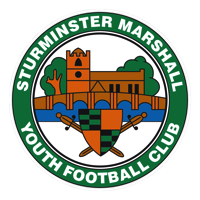 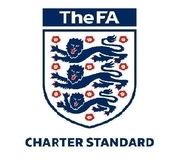 At Sturminster Marshall FC we have created a Player Pathway that enables players to join at a young age and work their way right up to the Mens Senior team.

Players can join the club as young as 3 and remain in the Mini Kickers section until U7s. Here they learn the FUNdamentals of football and develop ball skills and techniques to give them a good base on which to build as they move up. No positions are set and all are encouraged to learn every position.

U7's to U10's. Players then move to the Mini Soccer section. Here they play in non-competitive games arranged by Dorset County FA. Players still work on developing key skills and techniques and now start to apply them in games. Players get the chance to play in all positions and develop a whole game understanding.

U11's to U16's. Competitive football starts at U12s. Teams join the Dorset Youth Football League at U11 and have 1 season of non-competitive football before the Leagues start at U12's. Players are still able to experince different positions although as they move through the Youth section this might become more consistent. Fitness and intensity is increased but the focus reamins on performance rather than game outcome.

U18's to Men's 1st Team. As soon as players are 16 they are able to access the adult section of the club. The Men's Management team will decide in pre season which players will move up into the Men's teams and which ones need some time in the U18's. Most players will transition from the U16's to the U18's but some might have the opportunity to play for the Reserves of the 1st Team. The Men's Management team will ensure the players are placed in the right environment to aid their development.